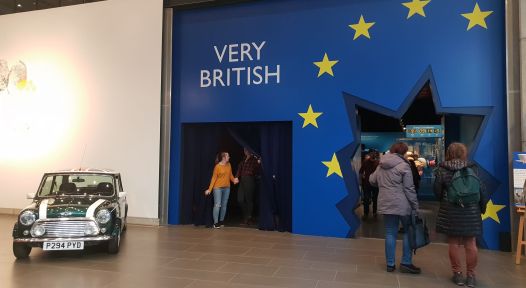 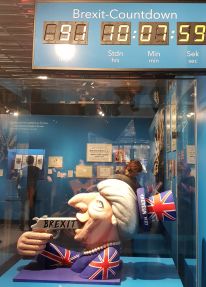 On a rainy Friday bank holiday in Bonn, the former German capital, I met my travel pal Anna for a touristy day featuring a visit to the House of History and its current exhibition Very British: A German Perspective. What characterises the British-German relationship and what do they really think of us?

First of all, we go back such a long way that our languages both fall into the West Germanic category. Anglo-Saxon settlers came to the Island in the mid 5th century, brining a dialect with them that would later be classed as Old English. It wasn’t until the 12th century that English and German royal families started to marry, a trend that dominated in the 18th and 19th centuries. The British Royals kept the German name Von Sachsen-Coburg-Gotha until 1917 when the name Windsor (after the castle) was adopted. Today there is still a trace of Germanism in the British Royal family with Prince Philip being of British-German decent.

Trade relations between the nations got well underway in the 13th century when King Henry III released a charter for trade operations between the Hanseatic cities of Lübeck and Hamburg with England. In 1969, Britain joined the European Economic Community and in 1973 became a member of the European Communities. Just two years later the first British-European-related referendum took place with 67.2% voting positively to the question “Do you think the UK should stay in the European Community?” It seems that Britain always had a problem with the European project and in Germany, the Brits are considered to always have been given “extra Wurst” (literally, more sausage. Figuratively, special considerations). Although we became known in the European community as quite “Eurosceptic” and not very “Europhilic”, Germany still wanted us to be present in Europe, a sentiment heard from the Chancellor of the Federal Republic of Germany Helmut Schmidt in 1974, “your comrades on the Continent want you to stay … it is in both of our interests”. 43 years later we faced another referendum and the German wish for us to “stay” was still present. There was even a remain campaign on the other side of the channel, seen for example in Wolfgang Tillmans’ collection of remain posters and photos from 2016: 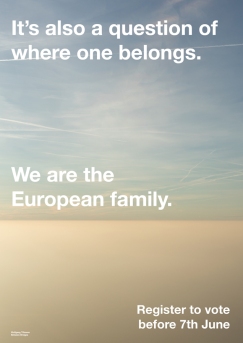 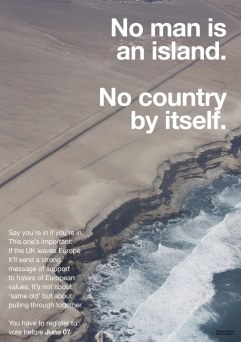 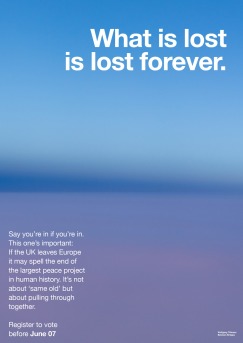 Over the last three years, since the referendum vote took place and after numerous delays, Britain has gradually become, if it wasn’t already, a laughing stock for our European neighbours. This can be seen in the campaign posters of parties such as the SPD who in the run up to the European elections came up with a poster featuring Boris suspended from the London Eye holding two Union Jacks. The caption: Brexit? #Europeistheanswer

Another example can be seen in the annual carnival floats in Düsseldorf and Cologne in which artists such as Düsseldorf born Jacques Tilly create quite scary and often accurate satirical commentaries on political situations around the world. Carnival tradition, which starts on the 11th of November and crescendos until Rose Monday, began in Düsseldorf in the 14th century. After a brief pause when the French occupied the Rhineland and banned the festivities, Prussia took over the land and gave new life to an event of which the political tone is ever increasing.

The British-German friendship has its roots anchored in culture and shared traditions which is not just a one-way relationship. Many of our customs come from our Teutonic siblings. Other than our love and near-on obsession with German Christmas Markets, we have long marvelled at German art, science and creativity. The image below from the exhibition shows a toy elephant from the Sonnenberg Toy Factory, a tea-set created in the glassworks of Jena and a microscope made by Carl Zeiss in the 1850s. 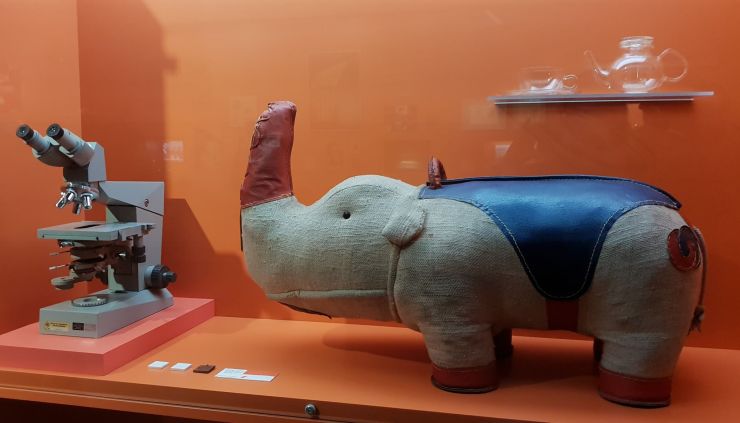 On the other side of the channel it’s the “irrelevant, absurd, but also self-deprecating” British humour that makes us quite popular, particularly that of Mr. Bean, Fawlty Towers, Monty Python and Dinner For One. To watch the latter, a short black and white sketch written by Lauri Wylie, pretty much unheard of in England, has become a New Year’s Eve tradition in Germany. Other than appreciating our odd humour, there’s an affinity for literature and film, Harry Potter and James Bond being two of the best known. Music also plays a huge role and during the Cold War, when British status transformed from “occupier” to “ally and friend”, Beat Fever and the Beatles made their way onto German broadcasts.

The exhibition recalls our cultural, social and political relationship with Germany and Europe and as I was leaving, I read a sentence in white print on European blue: Despite Brexit, the two nations “will remain allies partners and friends”. I felt affirmation in reading this and as long as we don’t just wave the magic wand we call culture like mad in an attempt to distract Europe from our “Brexit-Chaos”, I also believe this to be true.